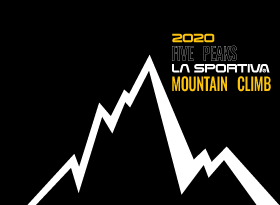 Are you ready to take on the “5 Peak La Sportiva Mountain Climb” at this year’s Five Peaks event?

Clock the fastest time on the climb at the race and win a pair of the new La Sportiva Helios III!

La Sportiva in conjunction with BKT Trail is giving away a pair of Helios III to the fastest man and fastest women on the Strava segment 5 Peak La Sportiva Mountain Climb on race day.

Winners will be announced the on Tuesday 7th of April. Winners will need to collect their Helios III at BKT – Trail.

In the spirit of the challenge it is ultimately about having fun. As always trail running can be a dangerous game so caution should be taken by all and the risk of the activity is in the hands of the individual. The competition is for all runners in the 58km at Five Peaks SA Running Festival 2020 to enter, but prizes are for Australian residents only, all prizes need to be collected at BKT Trail and will not be shipped outside Australia.