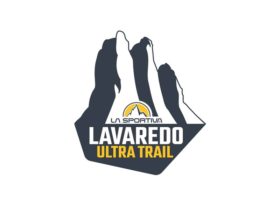 La Sportiva Australia manager Matthew Adams and two of our athletes , Gill Fowler & Mick Keyte, travelled to Cortina d’Ampezzo for this very special occasion. Laveredo Ultra Trail (LUT) is one of the biggest trail races in the world and on the prestigious Ultra-Trail World Tour. Held in the spectacular Italian Dolomites the 13th edition was one to remember !

It’s been over a month since I ran and ‘raced’ at LUT. I have just finished my first week of structured running training since the run and I am ready to decide what to run next.

Running LUT for a second time emphasised how truly spectacular the course scenery is. I have been lucky with clear skies and views both times. Not many races can out do Tre Cime at sunrise.

So, what happened? What was good, and not so good? Because after some running there was a fair bit of walking.

I was pretty happy with my training for LUT. I ran Ultra Trail Australia in May and started this race more conservatively than in previous years as my training had only properly started a month prior. It went fairly well.  I was much more confident with my continued training for this run (yes, I know it was only another 6 weeks), so I started stronger. In hindsight maybe too strong.

The run starts at 11pm at night. Night events don’t bother me, I can usually generally stay alert, thanks to Rogaining practice.  But if you are not so use to overnight events, I suggest do some more of your training at night.

There is power hiking early on in the course as the first big climb kicks in as you leave town. I was quite surprised to see Caroline Chaverot and Magda Boulet, both race favourites, on the first climb, they were both having a hard start, but they also past me shortly after, although unfortunately they both didn’t finish.

The climbs reach 2450 metres, much higher than Sydney, not too high compared to some other races I’ve done in Europe. However, I didn’t have 6 weeks playing in the mountains prior like in 2015.

I was confident that if I followed my usual routine, I would feel comfortable for around 75% of the course, and hopefully all of it. This optimism was shattered early, when my body had other ideas. Details not needed, but from around 35kms I struggled to take on food and this continued for the rest of the event.

Tip I didn’t follow – carry a variety of food.  Put even more variety in your drop bag, because none of mine looked appetising at the 66km checkpoint. I was still running at this stage but about 1km down the road after the check point another climb starts. My hiking had less power, and to my aghast once I reached the top downhill running started to feel like a chore.

Snow melt is fantastic to cool you down in the heat, and a good excuse to stop. By about 11am the heat was high (30’s), and you bake in the Travenanzes Valley after 80kms on the march to the pass of Col dei Bos.

At every small stream I would pause and throw water over my head. I also found it fun crushing snow on my head. The heat doesn’t worry me too much, and I wouldn’t usually pause for this, but this distraction helped keep me moving.

At the checkpoint at 95kms I was ready to pull the pin. I knew I couldn’t continue unless I forced some food in. I took some time out here, received support and encouragement from some friendly folk and once I had a bit of colour and energy back I stubbornly trudged onwards. “It was a nice afternoon to continue the outing”.

The last 25 kms took too long! I learnt to embrace the walk, when I knew I should, but couldn’t will the run. I had such a sense of relief and achievement to cross the finish line, with the cheers in Cortina.

Would I run it again? Of course! The Dolomites have so much to offer, fantastic trails, mountains as far as the eye can see, and of course, gelato after the finish line.